The year 2021 marks the ARIJ 12th Annual Awards, which honoured Arab journalists who took on scathing criticism, faced reluctant sources, and risked retaliation, to bring to light corruption and injustice in their societies. The ARIJ Awards acknowledge the integrity and professionalism of these journalists; setting benchmarks for future generations to model. The awards are nonpartisan and independent of all factions, organizations, political parties, corporations, labor unions, religions or causes beyond investigative reporting itself.

In short, ARIJ honors unfettered truth-telling. Ten Finalists will reach the top and compete to be one of three winners announced on December 5, 2021, closing ceremony, in front of the award-winning journalists and distinguished leaders in the field gathered at the ARIJ 2021 Annual Forum. The awards were open to all Arab journalists. The deadline to enter was September 30.

Submissions must have been in Arabic and produced and/or written by an Arab Journalist. Entries were judged on their content, creativity, and impact.

Here are the awards:

HAVE A QUESTION ABOUT THE COMPETITION? 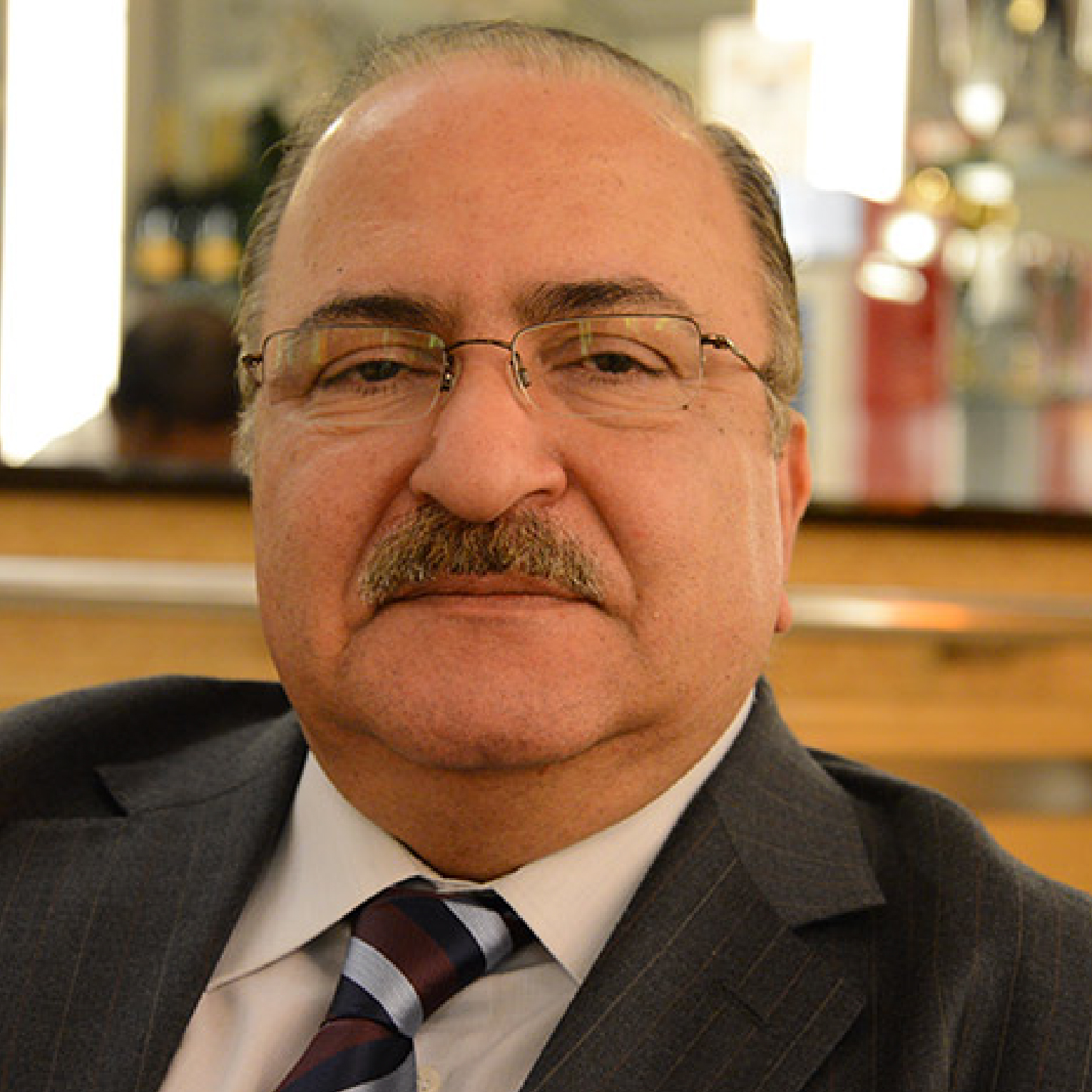 An Arab journalist and political analyst, and one of the most prominent columnists and writers of commentaries in the Arab world.

Abdel Wahab Badrakhan is an Arab journalist and political analyst, and one of the most prominent columnists and writers of commentaries in the Arab world. He began working in this troublesome profession in 1974 in a number of Arab newspapers in Beirut, London and Paris, most notably "An-Nahar" (Beirut) and "Al-Hayat" (London), where he supervised and directed the Arab and international political sections. Badrakhan covered major events in many countries: Afghanistan, Iraq, Algeria, Sudan, and Egypt. He also covered Arab summit conferences and elections in most Arab countries, and conducted interviews with a large number of leaders and politicians. He currently works as a daily political analyst at Monte Carlo Radio, and has weekly articles in the UAE's Al Ittihad, Al Nahar(Lebanon), and Al Nahar Al Arabi website. He presented studies on Arab affairs in many conferences and symposia, and he has studies specializing in analyzing the conditions of the Arab press presented in international and regional conferences. He holds a Postgraduate Diploma in Mass Communication from the University of Paris. 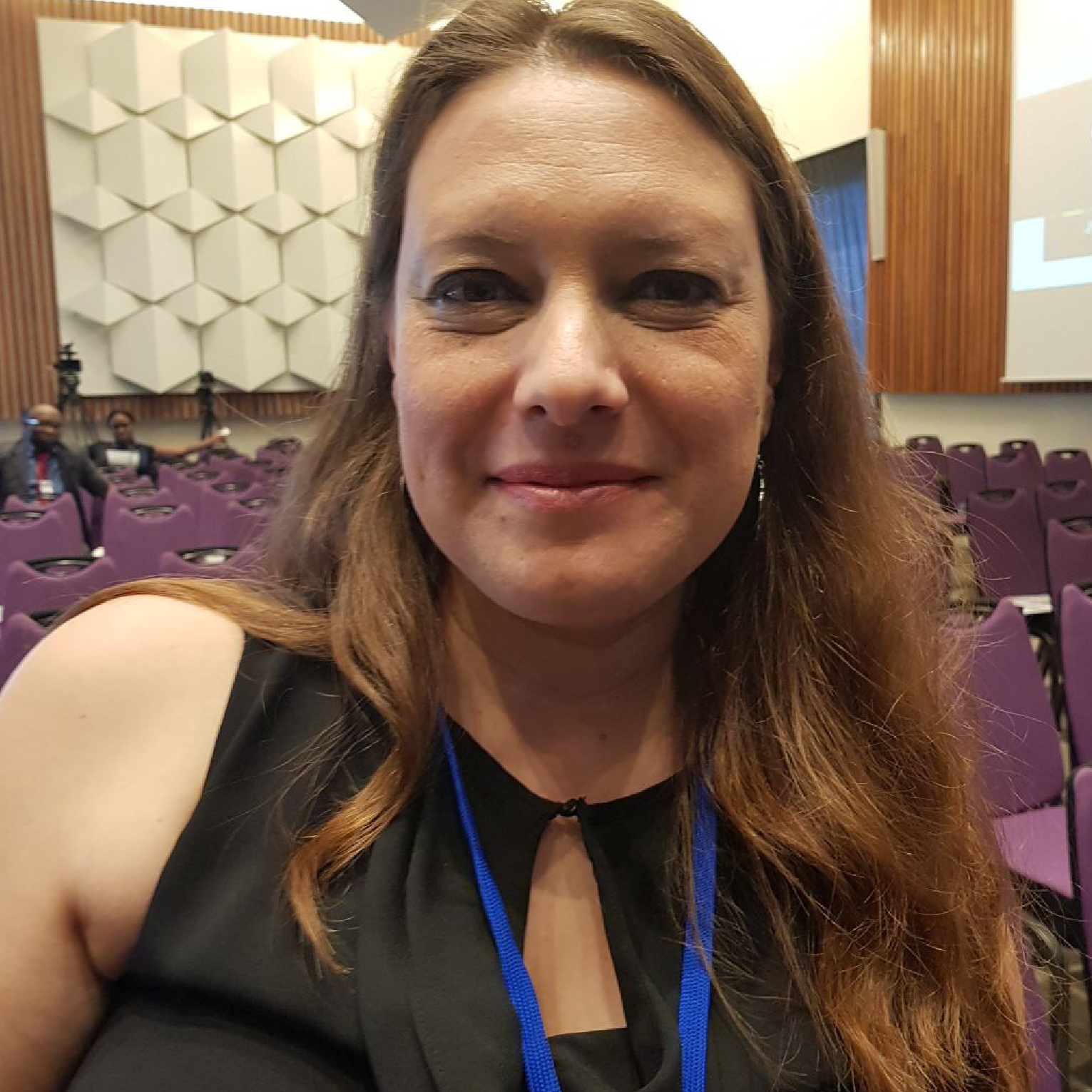 Tunisian investigative journalist and trainer in investigative journalism. She won several Arab and international awards like the Samir Kassir Award for Freedom of press (2014) and the Raef Badawi Award for Courageous Journalists (2019). She is very active in managing and coordinating training programs for Tunisian and Arab journalists in investigative journalism. She is also the President of the Francophone Press Union's Tunisian Section (UPF). She is a teacher of journalism in the Press and Information Science Institute (IPSI) in Tunisia. She holds a master degree in Media Science and Technologies from the Mediterranean School for Advanced Studies, University of Pavia (Italy) and University of Tunis. 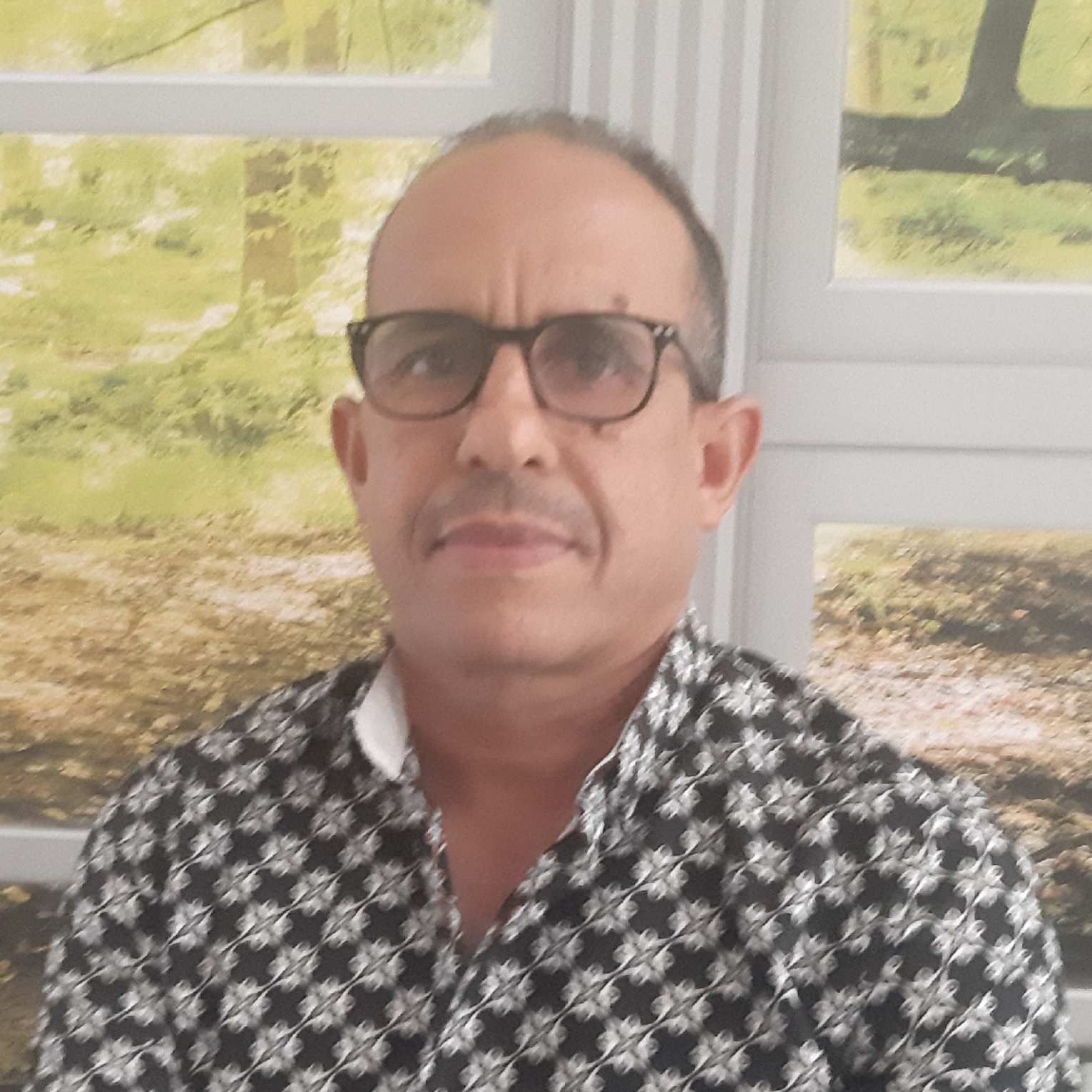 A writer and journalist from Morocco, and director of the Lakome.com website, banned by the Moroccan

A writer and journalist from Morocco, and director of the Lakome.com website, banned by the Moroccan authorities in 2013. He has founded and edited a number of daily, monthly, and annual magazines and print publications. He was awarded the “Leaders for Democracy'' prize from the American organization POMED (Project on Middle East Democracy) in 2013, and he is the winner of the "Raif Badawi Foundation for Freedom" Award for Courageous Journalists in Berlin in 2015. In 2014, he was selected by the French organization Reporters Without Borders as one of their “Information Heroes.”. Now, he is the director of Lakome2.com, and a weekly columnist for Alaraby Al Jadeed. 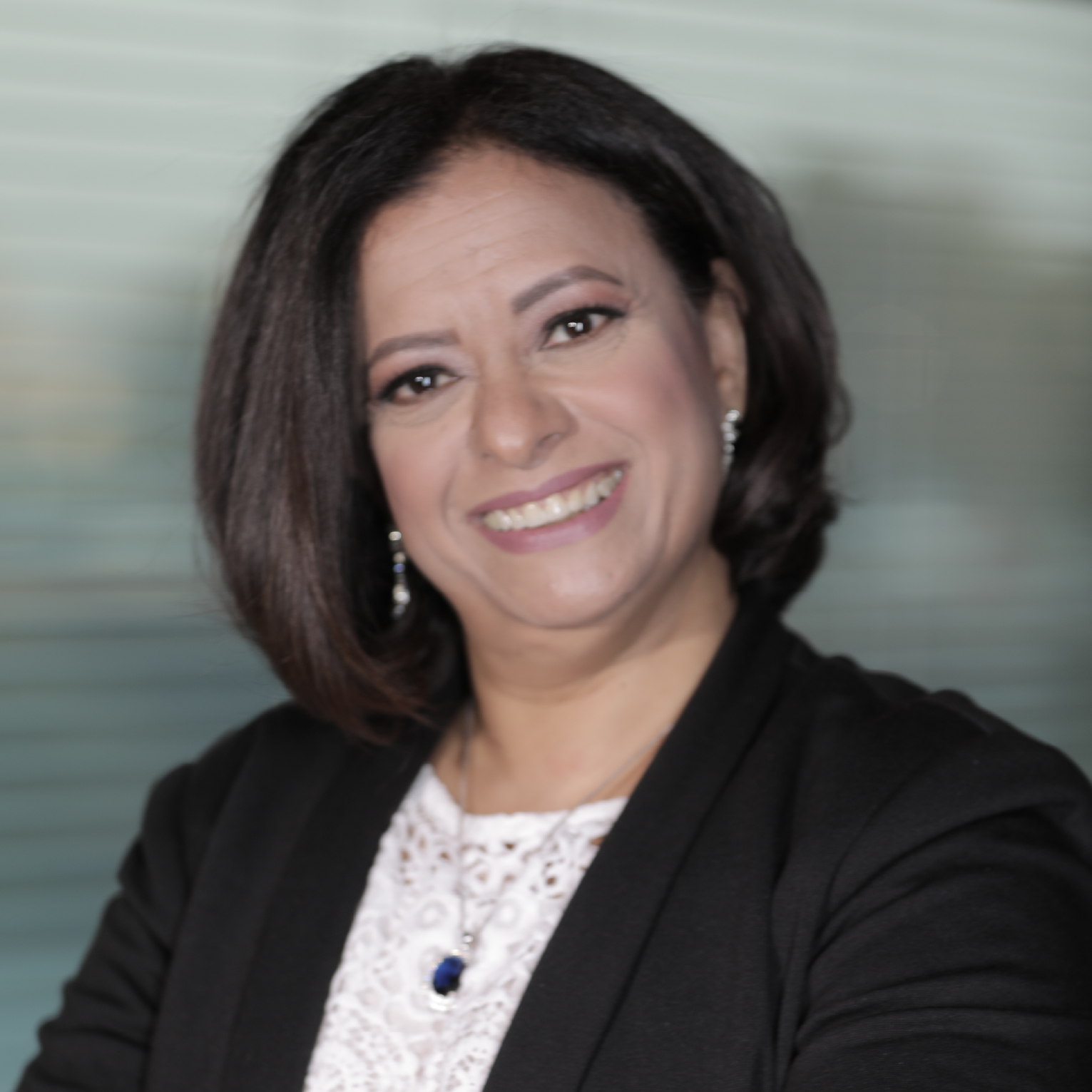 BBC Senior Programmes Editor BBC senior programmes editor, is currently leading the production of first-class long form and magazine style programmes in BBC Arabic. She is contributing, at senior level, to the documentary and investigative content across BBC Arabic platforms. Safaa is responsible for the management and editorial decision-making of the Arabic Programmes team in London and those in overseas locations like Cairo and Beirut. She is an experienced editor with a demonstrated history of working in the broadcast media industry for more than 27 years. Currently part of BBC senior editors’ team and considered to be an inspiration to her female colleagues. She is committed to diversity and inclusiveness; personally, and professionally. Safaa has recently completed a 30-month overseas assignment as Cairo’s bureau editor in chief, leading one the most important BBC operations in the Middle East and the second largest in the world. In the early years of her career, Safaa has been creating and producing innovative news and feature programmes, as well as ground-breaking documentaries. She produced and presented several documentaries like Feminism and the Veil, Egyptian Revolution: Untold Story. Her most recent documentary Sunnah of Muhammad has been shortlisted to win the AIB award as the best Radio documentary in 2016. She has been a news and TV show presenter for current affairs in BBC Radio. She is also a BBC certified media trainer, mentor and public speaker. She has a master’s degree in English Languages and Literature from Ain Sham University, and she has a translation and interpretation diploma from the American University in Cairo. 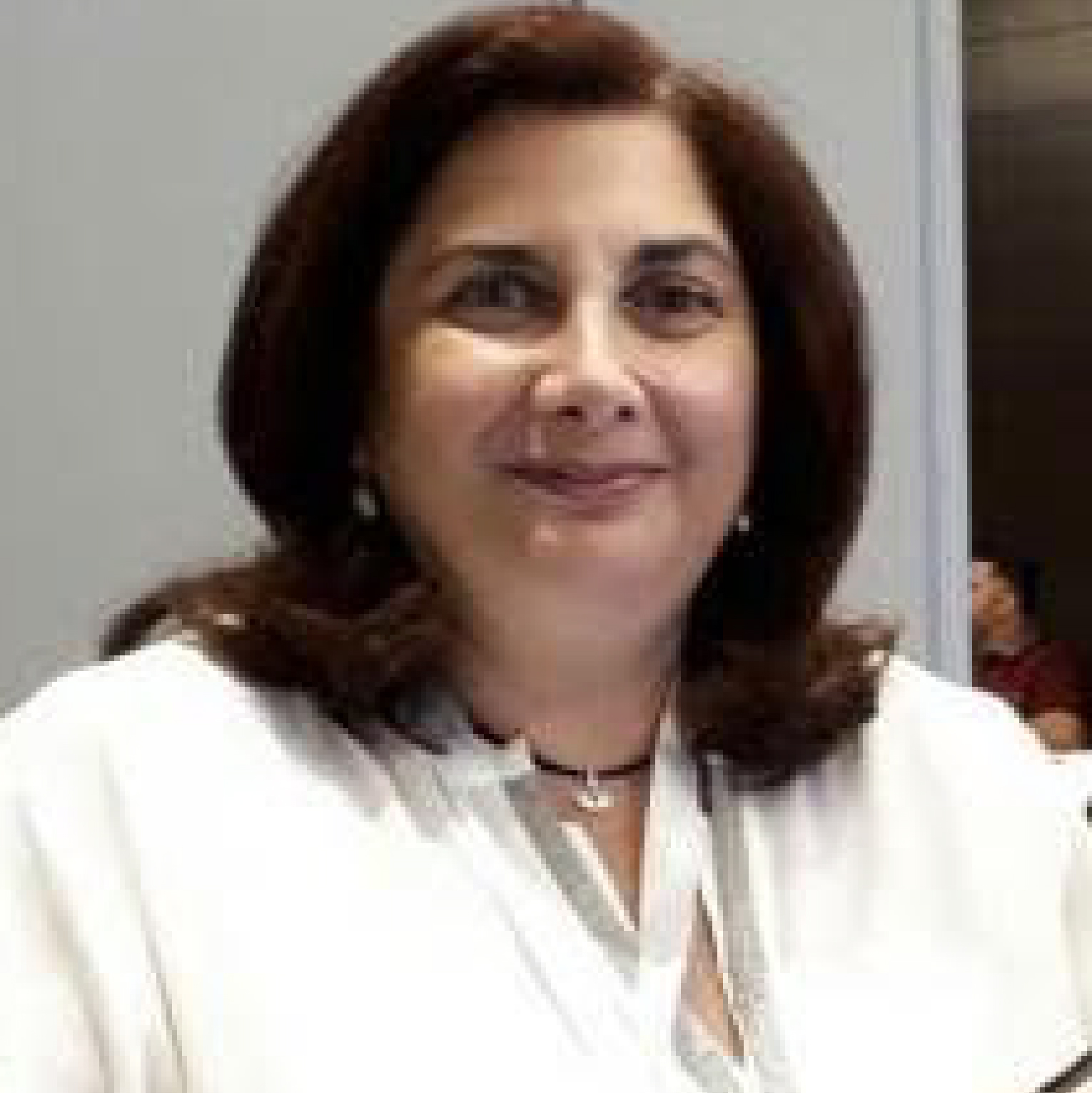 Acil Tabbara is a senior media professional with over 30 years of experience with Agence France Presse, a leading..

Acil Tabbara is a senior media professional with over 30 years of experience with Agence France Presse, a leading international news organization, where she has been Gulf regional bureau chief and head of the Arabic newsdesk. She covered the events that shaped the Middle East and North Africa region from the Arab-Israeli conflict, to the invasion of Iraq and the Arab regimes’ change of 2011. She has also reported for Radio France International and was cohead of local news at L’Orient-Le Jour newspaper in Beirut when Lebanon witnessed a popular uprising in 2019. A dual Lebanese and French citizen, she was born in Beirut and started her journalism career in 1986 as a reporter in Lebanon. She then worked in Cairo, Damascus, Dubai and Nicosia before going to Paris as an editor on AFP’s international desk. In June 2019, she was the laureate of the Women in News Editorial Leadership Award for the Mena region. 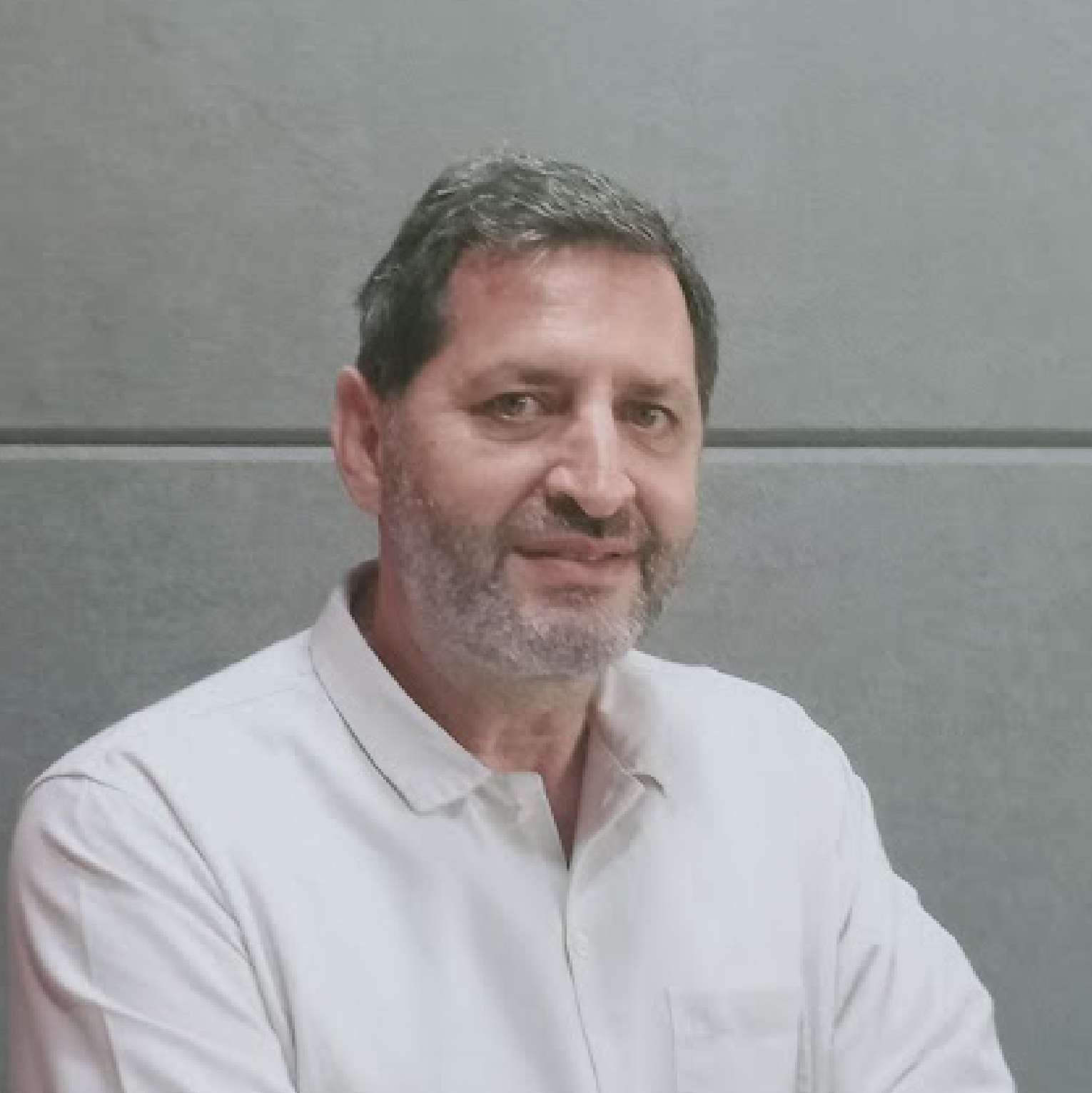 Munir Al-Khatib is a highly experienced journalist and media consultant with over 24 years of experience as an editorial leader..

Munir Al-Khatib is a highly experienced journalist and media consultant with over 24 years of experience as an editorial leader, mentor and coach in the digital publishing and news industries. He has spearheaded the digital transition of several Arab newspapers; closely coordinating with strategic teams on how to effectively use social media to build engagement and web traffic and contributing to the launch of a number of news websites, including daralhayat.com. He has also conducted several training workshops and lectures on topics related to journalism including conflict, human rights and sensitive reporting. Al-Khatib began his career in journalism while studying political science in 1992, when he became As-Safir’s Foreign Desk Editor, before joining Future TV. Since, he has worked for the Pan-Arab newspaper Al-Hayat, and has helped launch several Arab dailies including Al Kifah Al Arabi, Sada Elbalad and Al-Ittihad, where he was managing editor. Al-Khatib was also a daily columnist for Sada Elbalad and Al Kifah Al Arabi, and wrote weekly for Al-Hayat and As-Safir, where he was Managing Editor before joining ARIJ. Alongside his career in journalism, Al-Khatib has worked as a media consultant on various projects. In 2012, he worked as a media coordinator on the UNDP’s peace building project ‘Strengthening Civil Peace in Lebanon’, where he helped prepare workshops for journalists, and trained them in peacebuilding and investigative journalism. Throughout his extensive career, Al-Khatib has covered and written reports from countries all over the world; from Lebanon to Pakistan, the United States, France, the UAE, Saudi Arabia, Yemen, Algeria and even Cuba’s Guantanamo bay. In holding several editorial positions with outlets across the Middle East, Al-Khatib has acquired extensive knowledge of the region’s human rights landscape, while maintaining close coordination with civil society as a main source of information. 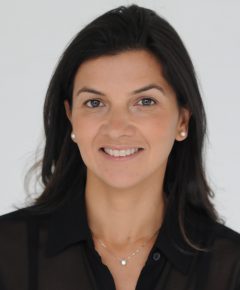 Hoda Osman is a New York-based journalist and journalism trainer. She has worked at the ABC News Investigative Unit, with CBS News Investigative Unit, as a correspondent for France24, with PBS, the Associated Press, and other international media outlets. In 2008, together with Dave Kaplan and through the International Center for Journalists (ICFJ), Hoda developed an investigative journalism course for Arab journalists. Over the past twelve years, she has taught investigative journalism extensively in the Arab World and beyond. Hoda is the President of the Arab and Middle Eastern Journalist Association (AMEJA). 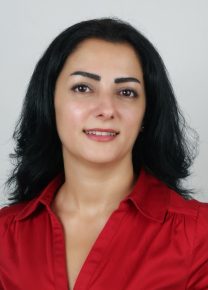 Bissane El-Cheikh has worked with Al-Hayat newspaper where her main focus was field reporting and investigative journalism...

Bissane El-Cheikh is a Lebanese Journalist and writer. She worked with Al-Hayat newspaper between 2001 and 2018, where her main focus was field reporting and investigative journalism both in her home country Lebanon, and the Middle East. She is the co-author of the book “Shu’ub al Sha’ab al Lubnani” (The Many Peoples of the Lebanese People), Al Saqi (2014) along with Hazem Saghieh. She reported from war zones in Lebanon, Iraq and Syria and conducted special reports from Jordan, Iran, Tunisia, Turkey, among other places. She wrote and produced two long documentaries “Tariq Al Muhajereen” (Lebanon, 2014) and “Imane and Sanaa, Al Quaeda Twins” (Morocco, 2010). She was a visiting scholar at the Woodrow Wilson International Centre for Scholars in Washington D.C (2008). In 2015, El- Cheikh taught Investigative Journalism to MS Students at the Lebanese American University of Beirut. Since 2007, El- Cheikh has been working as a media trainer and consultant with local and international media organizations. She is a volunteer mentor with the Marie Colvin Journalists’ Network. El Cheikh has lived in Istanbul, Turkey since 2016. 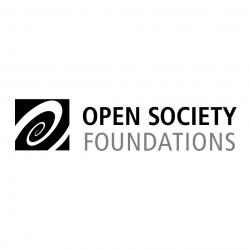 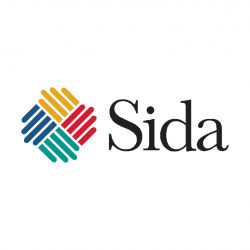 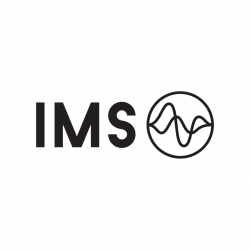 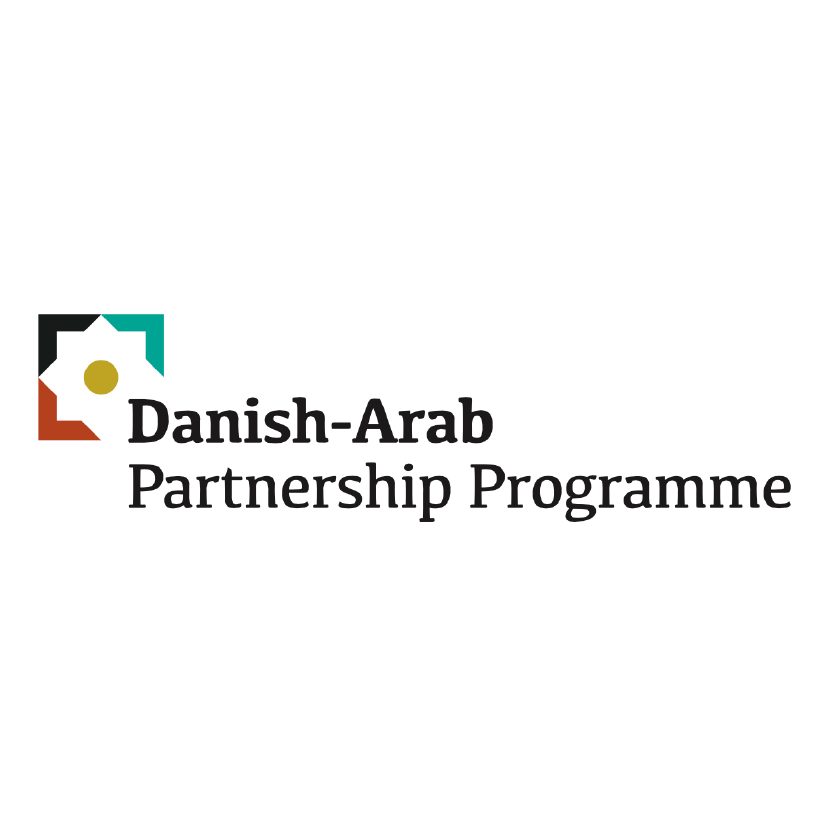 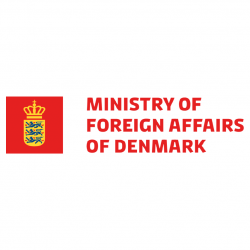 MINISTRY OF FOREIGN AFFAIRS OF DENMARK

All copyrights reserved for ARIJ

This website uses cookies to improve your experience while you navigate through the website. Out of these, the cookies that are categorized as necessary are stored on your browser as they are essential for the working of basic functionalities of the website. We also use third-party cookies that help us analyze and understand how you use this website. These cookies will be stored in your browser only with your consent. You also have the option to opt-out of these cookies. But opting out of some of these cookies may affect your browsing experience.
SAVE & ACCEPT